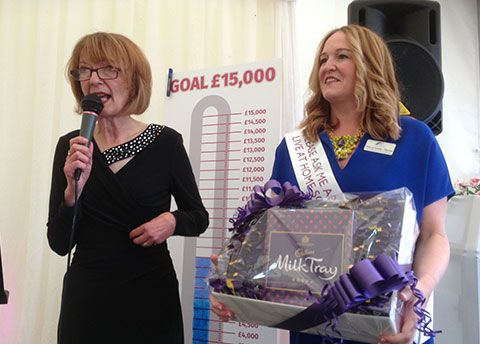 Tracey Leahy, Managing Director of MannVend Ltd, has been appointed as the first ever patron of Isle of Man Live At Home Schemes. The charity helps older people to continue to live independently and provides a range of services, including organising social groups, drop-in sessions, befriending, help with transport, and advice on accessing other support services. There are five active Live At Home Schemes on the Island – Western, Northern, Onchan, Douglas and Laxey, and Lonan – which in total provide support for around 500 older adults. The schemes are all part of the UK-based MHA charity. Commenting on her appointment, Tracey said:
“I am delighted to become the first patron of the Isle of Man Live at Home Schemes.”
“It is well documented that our ageing population is increasing, and currently 22% of the Island’s population is over retirement age. The Live at Home Schemes offer friendship and relieve loneliness whilst also forging strong bonds between members and volunteers. It is a real honour for me to be part of this team.”David Gawne, Chairman of Isle of Man Live at Home Schemes, said he was delighted that Tracey had agreed to become the charity’s first patron, and added that her appointment was part of new and exciting era for the Live At Home Schemes on the Island. He said that plans are being put in place to restructure and expand the charity’s services to help even more older people in communities across the Island.

For more information about the Live At Home schemes, go to www.mha.org.uk and search for ‘Isle of Man’.
Photo  – Tracey Leahy, Managing Director of MannVend Ltd, who has been appointed as the first ever patron of the Isle of Man Live At Homes Schemes charity.

We use cookies on our website to give you the most relevant experience by remembering your preferences and repeat visits. By clicking “Accept All”, you consent to the use of ALL the cookies. However, you may visit "Cookie Settings" to provide a controlled consent.
Cookie SettingsAccept All
Manage consent

This website uses cookies to improve your experience while you navigate through the website. Out of these, the cookies that are categorized as necessary are stored on your browser as they are essential for the working of basic functionalities of the website. We also use third-party cookies that help us analyze and understand how you use this website. These cookies will be stored in your browser only with your consent. You also have the option to opt-out of these cookies. But opting out of some of these cookies may affect your browsing experience.
Necessary Always Enabled
Necessary cookies are absolutely essential for the website to function properly. These cookies ensure basic functionalities and security features of the website, anonymously.
Functional
Functional cookies help to perform certain functionalities like sharing the content of the website on social media platforms, collect feedbacks, and other third-party features.
Performance
Performance cookies are used to understand and analyze the key performance indexes of the website which helps in delivering a better user experience for the visitors.
Analytics
Analytical cookies are used to understand how visitors interact with the website. These cookies help provide information on metrics the number of visitors, bounce rate, traffic source, etc.
Advertisement
Advertisement cookies are used to provide visitors with relevant ads and marketing campaigns. These cookies track visitors across websites and collect information to provide customized ads.
Others
Other uncategorized cookies are those that are being analyzed and have not been classified into a category as yet.
SAVE & ACCEPT